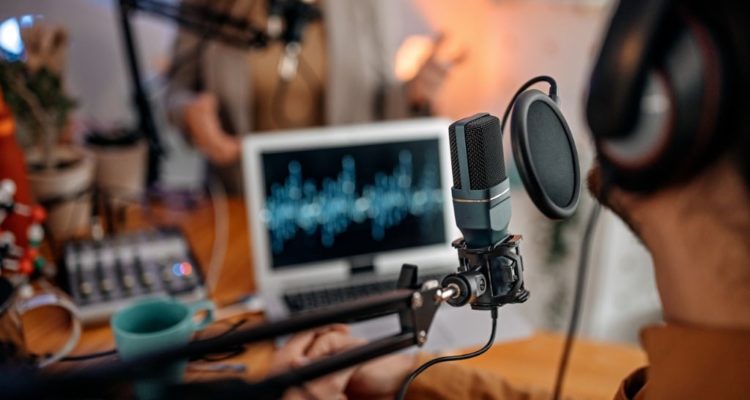 2.4 GHz vs Bluetooth vs UHF

You have several different options when it comes to wireless connectivity. Which option you choose will depend on a variety of factors, such as the type of wireless audio technology you are using, your applications and goals, and your budget. Here is what you need to know about 2.4 GHz vs. Bluetooth vs. UHF so you can figure out what type of wireless audio is best for your needs.

2.4 GHz is a short-distance wireless transmission technology. With audio devices, 2.4 GHz is a signal that transmits audio between two devices using WiFi. A 2.4 GHz wireless audio signal is broadcast in 83 MHz of spectrum between 2.4GHz and 2.483Ghz from a transmitter to a wireless audio receiver.

One example is a wireless telephone that uses a signal to transmit sound between the base and handset. Another is a wireless audio transmitter using a signal to broadcast an entertainment system to other devices throughout a building, via a wireless local area network. WLAN

Unlike WiFi, which uses the internet to connect devices and can share large amounts of data back and forth, Bluetooth is more concerned with connecting individual devices together on small-area networks with the requirement for an internet connection. Similar to WiFi, Bluetooth operates on the same 2.4 GHz radio frequency band, but there is a much lower chance of interference. This happens for two reasons.

Unlike other wireless systems Bluetooth devices must be paired to allow communication. There are many versions of Bluetooth technology, the most modern one being Bluetooth 5.0 (the versions are backward compatible). This latest version has longer transmission distances, extended battery life, and the ability to handle dual audio transfer services.

What Is Ultrahigh Frequency (UHF)?

Ultrahigh frequency (UHF) refers to the radio frequency range between 300 MHz and 3 GHz (3000 MHz). This electromagnetic radiation band is also referred to as the decimeter band, with a wavelength that ranges from 1 m to dm.

Because environmental factors have the least impact on UHF, this technology is most commonly used for broadcasting of radio and TV transmission, as well two-way ship and aviation navigation and communication. UHF has a high frequency, hence the name, and a short wavelength. The antennas required for UHF connectivity are short compared to VHF.

Differences Between 2.4 GHz and Bluetooth

If you’re weighing the differences between 2.4 GHz and Bluetooth, whether it be for wireless microphones, speakers, or some other audio technology, here is what you need to know.

2.4 GHz is an audio technology allowing you to transfer sound through two different devices using WiFi. You almost always require a dongle to do this. The broadcast happens on a particular wavelength, it can penetrate solid objects like walls, and the sound quality is considered good with little latency. However, 2.4 GHz devices can be vulnerable to interference for other 2.4GHz devices, WiFi networks, even microwave ovens.

Devices that allow running on Bluetooth may have different profiles since there are various versions of this technology available. The advantage of choosing Bluetooth is that it has low power consumption, it helps you avoid interference from other devices, and it’s simple to upgrade. But the disadvantages are that Bluetooth can lose connection in some conditions, has a shorter range, higher latency, and might have some security concerns.

Which One Should You Choose?

Each of these two technologies has its pros and cons. 2.4 GHz sound devices generally have higher quality, and better range. And can work well for wireless microphones if only needing 2 or 3 systems. Bluetooth is good for short range and general audio transmission where latency is not an issue. Bluetooth is not suitable for wireless microphones or IEM systems. For this reason, many sound devices are offered in 2.4 GHz technology over Bluetooth. There is however another option, UHF.

Differences Between 2.4 GHz and UHF

Let’s assume you are looking at two different types of wireless microphones, one with 2.4 GHz and the other offering UHF. Which should you choose? A wireless microphone consists of a mic element which is connected to a transmitter, the transmitter converts the audio signal into and RF signal which is broadcast and picked up by the receiver. The receiver then turns the RF signal back into audio, that can be sent to the sound system.

A 2.4 GHz wireless microphone system is a digital wireless mic that can be used in the same frequency range, without a license, in just about any country in the world. It is very simple to use, it finds an open channel and automatically connects. However, it does have a few downsides. Specifically, this type of microphone operates on a smaller spectrum, meaning it does have access to as many channels as some other devices. The main drawback is that there is the potential for the interference from other 2.4 GHz devices.

UHF wireless systems are the most common, especially in professional audio. Many more systems can be used simultaneously, and they are available in both analog and digital formats.  However, UHF can have disadvantages.The frequencies used are also used for TV broadcasts, so care must be taken to find open channels. Licensing, and frequencies allowed, are different in many countries, be certain of what is legal in your location.

Which One Should You Choose?

If you’re looking for a wireless mic system, a 2.4 GHz device will only be adequate if you are working within a confined distance, want something simple, and only need a few channels. These types of mics are popular for personal entertainment and vlogging. Otherwise, a UHF mic is a better quality audio solution for most applications.

There are some unique differences and several similarities between 2.4 GHz, Bluetooth, and UHF. Whether you are searching for wireless speakers, microphones, or some other wireless audio device, it’s important to choose the right technology that aligns with your goals.

Galaxy Audio specializes in creating high-quality wireless systems, such as in-ear personal monitors,  wireless mics and headsets, wireless sound systems, and wireless portable guitar transmitters. We’ve been in the professional audio business for over 45 years. Find a dealer for assistance in choosing the right wireless audio product or to place your order.

Cardioid vs Omnidirectional Mics: Which One Should You Choose?