SINE ME UP! AN EXPLANATION OF POLARITY & PHASE

So far, the tour is progressing nicely. Aside from cramped accommodations, lack of sleep, greasy food, and an occasional miscommunication with a club owner over the amount and timeliness of your pay (Fred makes sure that you don’t get stiffed), life on the road is a happy series of wacky misadventures.

On a side trip to Mobile, Fred the sound man picks up an assortment of new mics, cables and effects units. “It’s all in the name of show business,” he swears, but you suspect he’s loading up on cool new toys for his personal amusement.

At Friday night’s gig at Luke the Drifter’s Highway 84 Inn, between Opp and Dothan, Fred (without the benefit of a pre-show sound check) adds the new gear to the mix.

As an astute judge of sound quality Fred is able to discern subtle problems that might, to less discriminating ears, go unnoticed. Early in the first set, he hears sonic irregularities in the front-of-house system. He leaps into action, but the problems are difficult to pinpoint. Fred knows that his PA gear is in good shape; still, the bass response sounds muddy. The highs lack the crispness he’s come to demand. In some areas of the room, the music seems to disappear into some sort of sonic fog. You get through the show, but the experience has been a sobering one. Fred is mostly silent on the overnight drive to the next stop. Early the next day, he makes a call to Galaxy Audio.

Having been around the block a time or two, Fred shoots back, “Oh, I get it. The speakers are out of phase.”

“Could be,” says Brock, “But phase and polarity are two different things. And from your description of the problem, I’d say this is about polarity.”

Fred says. “What the heck is polarity?”

“Its root is the word ‘pole,’ which should give you some idea about its meaning,” says Brock. “Think of phrases like ‘polar opposites’ and ‘bipolar.’ They have to do with properties that are in complete opposition, like the north and south poles of the earth. Unlike phase, polarity at all distances and times is either in or out. It’s absolute.”

“Not so fast,” Brock adds. “Polarity is a condition. It affects the quality of sound produced by a transducer. Keep in mind that transducers convert one form of energy into another. Mics and pickups turn acoustical energy into electrical energy. Speakers turn electrical energy into acoustical energy. All are transducers. A commonly used example of polarity refers to the relationship between the voltage at a mic’s connector and the pressure of the sound wave that, by acting on the mic’s diaphragm, gets turned into that voltage. And it’s not just some theoretical conceit. Polarity, should it become reversed, can play havoc with your sound system. If two sources are emitting the same electrical or acoustical tone (frequency), and one of those sources is in a state of inverted polarity, those tones when combined at a given point will cancel each other. While cancellation does not always indicate a complete loss of all sound, it does result in diminished sound quality.”

Brock continues, “Major mic manufacturers have been known to build mics which are out of polarity. Many mixers invert polarity in their effects, auxiliary and monitor sections. Amplifier inputs are also notorious offenders. When combining amps from different manufacturers, or sometimes from the same manufacturer, you may encounter polarity problems.

“Speakers are rife with opportunities for polarity inversion. Cancellation can occur between monitor speakers and the front-of-house system. One well-known company marks their positive terminals black rather than red like the rest of the industry. Different cabinets within a single stack, or even different drivers in the same enclosure, can be out of polarity.”

Fred asks, “What about phase?”

“Polarity and phase are terms that often and erroneously, are used interchangeably,” Brock replies. “Phase— and this is important— is frequency dependent. It can be defined as ‘the relationship of an audio signal or sound wave to a specific time reference.’ You see, the phase of a signal varies (with distance as well as frequency), from 0 to 360 degrees (which represents a return to 0).” 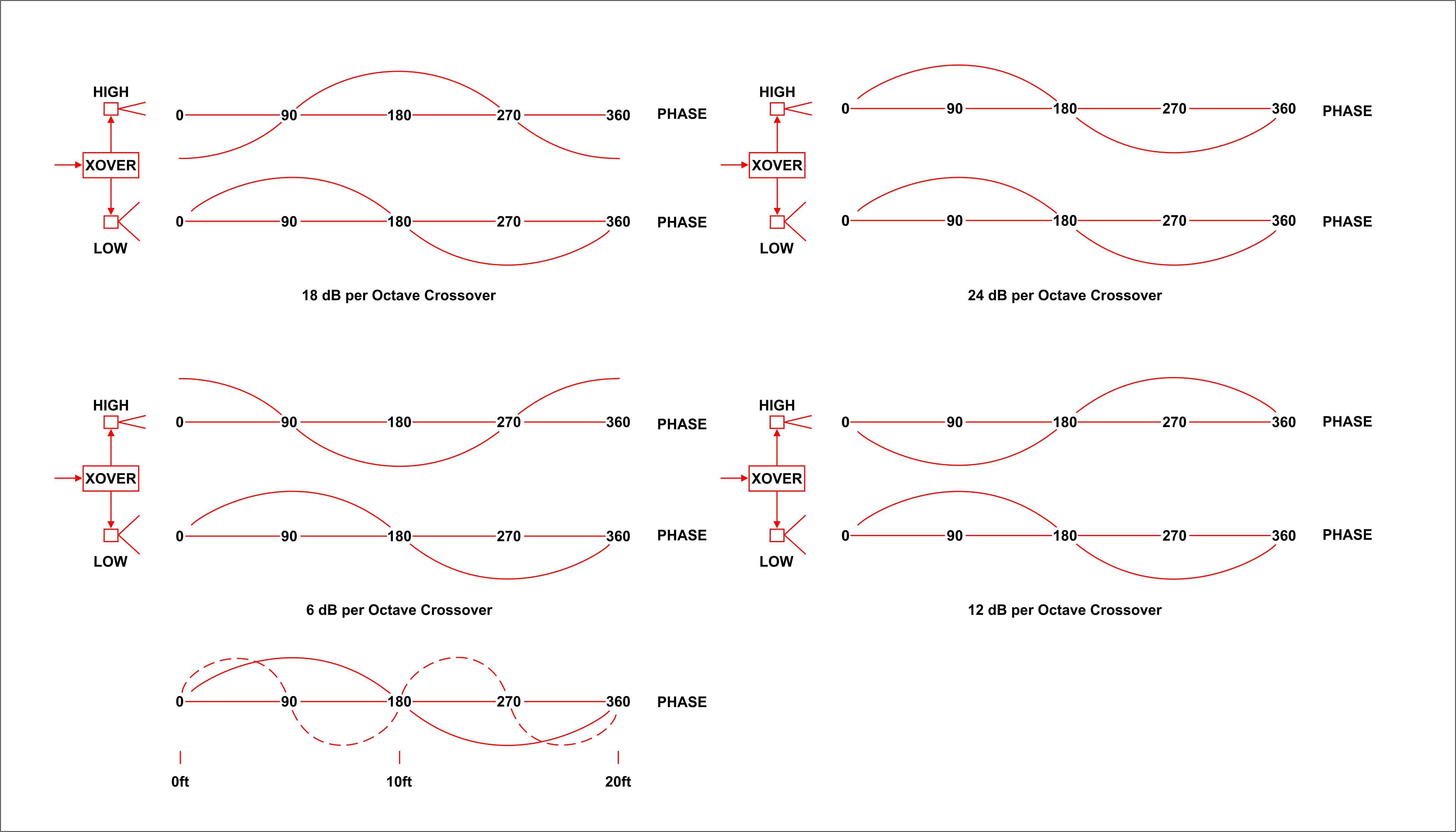 “And since phase is all over the map, I should concentrate on polarity, which I can control,” Fred notes.

“You bet your tweeter,” Brock says.

“That’s easy,” replies Brock, “just get yourself a Cricket.”

“A cricket? Here I think we’re having a serious discussion and you tell me to go out and get a bug. What am I supposed to do, rub its legs together? Cricket indeed.”

Brock explains, “The Cricket® is Galaxy Audio’s polarity/continuity test set. In even the simplest sound systems there are all sorts of ways for polarity to become reversed. The more complex the system, the greater the potential for problems. The Cricket® can test the polarity of microphones, mixers, effects, amps, cables, speakers and all sorts of devices. It can eliminate hours of troubleshooting. That’s why a lot of manufacturers— including some of Galaxy’s competitors— are Cricket® users: JBL®, Klipsch®, RCA®, Peavey®… you get the picture. Sound men (and sound women) for everybody from Garth Brooks to Little Feat rely on their Crickets®.”

“If you’d kindly send one by overnight express to General Delivery in Euphaula, Georgia, I’d be obliged,” Fred says. “I’ll just put it on the ol’ card.”

A quick check with the Cricket® and the next night’s show goes off without a hitch.

You decide to make Fred a full partner.