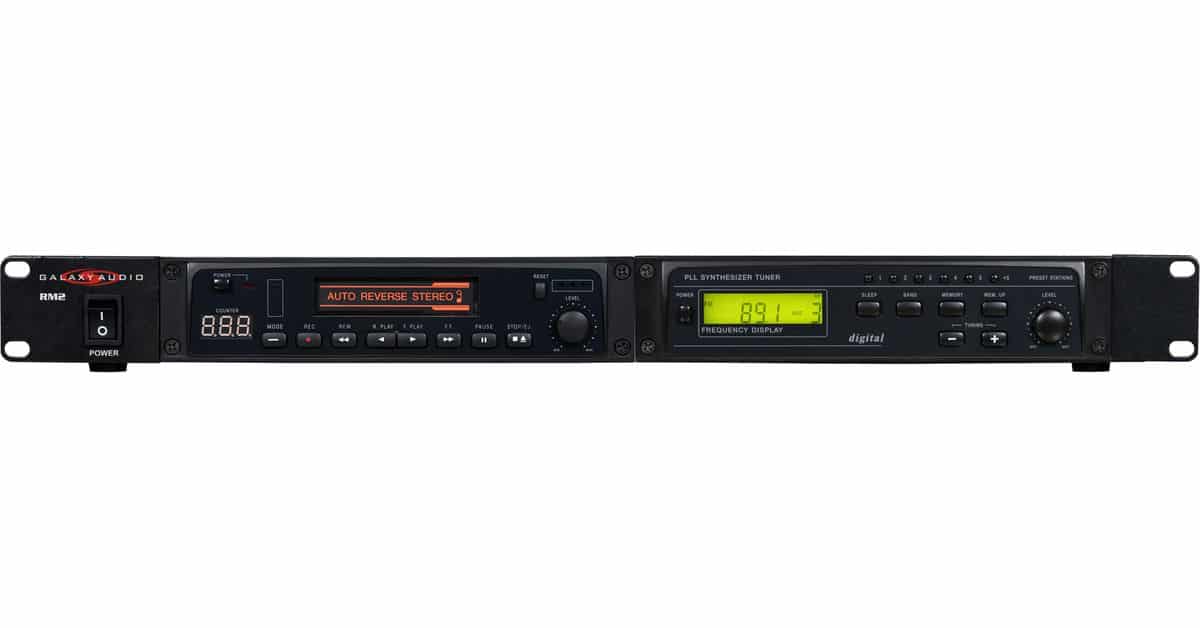 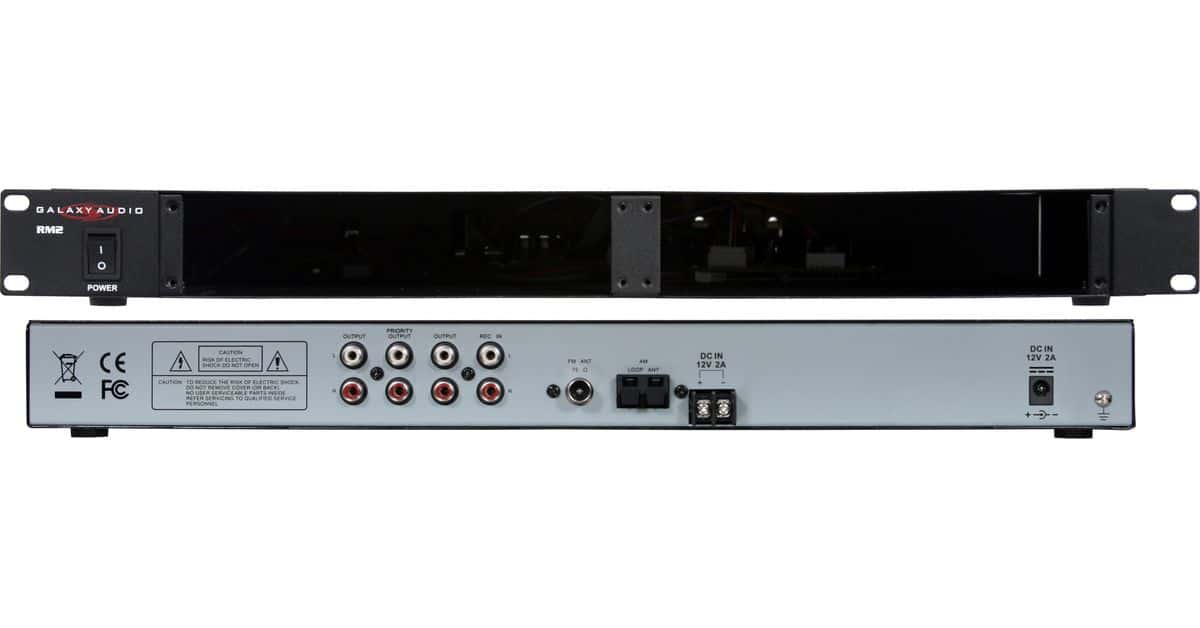 Rated 0 out of 5
(be the first to review)
Description

THIS PRODUCT HAS BEEN DISCONTINUED.

The Rack Mount Players & Recorders line from Galaxy Audio is a diverse line of CD Players, Digital Recorders, Cassette Players, and AM/FM tuners. Various combinations of two modules can be installed into our single space RM2 rack chassis. The RM2 supplies power and provides useable rear panel inputs and outputs to the modules. The RM2 features Dedicated Stereo RCA Outputs for each Module, a Priority Stereo RCA Output, a Stereo RCA Input for recording, and AM and FM antenna terminals.

The RM2, because of its two dedicated stereo outputs, means that the installed modules can be used as two separate devices in a single rack space. Applications include having the RM2 equipped with two modules for 2 zones in a restaurant, school, church, etc. The stereo priority output allows both modules to appear at a single stereo output. One module is assigned as the priority unit. As soon as that particular unit produces a signal it will override the other unit. Also, as soon as the priority is no longer producing a signal, the secondary unit will takeover. Since two devices are served by a single stereo output, the priority feature also helps conserve mixer input channels. The RM2 also features a universal power supply for use with AC anywhere in the world plus a 12vDC screw terminal power input.

There are no reviews yet.