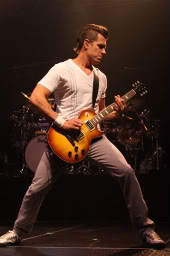 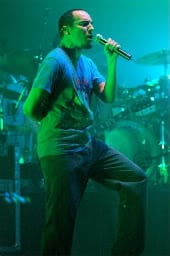 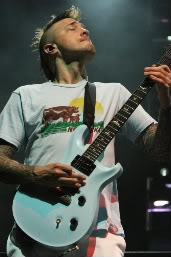 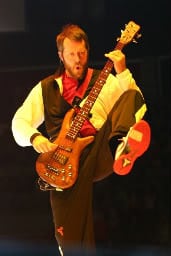 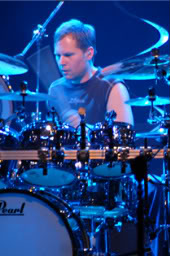 311 was formed in 1990 in Omaha, Nebraska by vocalist/guitarist Nick Hexum, vocalist/dj SA Martinez, lead guitarist Tim Mahoney, drummer Chad Sexton and bassist P-Nut. The band now resides in Los Angeles.  311 has sold over 8.5 million units in the U.S.  311 has had 8 albums reach the Top 10 on Billboard’s U.S. Top 200 Sales Chart.  311 has had 9 singles reach the Top 10 on Billboard’s U.S. Alternative Chart (including the #1 singles “Down”, “Love Song” & “Don’t Tread On Me” along with “Amber”, “All Mixed Up”, “Come Original”, “Creatures (For a While)”, “Hey You” and “Sunset in July”).  311’s most recent album, Universal Pulse, debuted at #7 in July 2011 and was produced by Bob Rock (Metallica, Bon Jovi, Motley Crue, Aerosmith).  311’s sound is a unique hybrid of rock, reggae, hip-hop & funk. A balance of hard rocking anthems and melodic reggae grooves – with an underlying message of unity & positivity.  After years of incessant touring, 311 has developed a reputation as one of the most influential & most entertaining live bands in the U.S. With their celebratory live shows, 311 has earned a massive grassroots following. For the past nine years, 311 has headlined their summer “Unity Tour” in ampitheatres across the U.S.- drawing crowds of 10,000 to 18,000 people in Atlanta, Boston, DC, New Jersey, Los Angeles, St. Louis, West Palm, Charlotte, VA Beach, Denver, etc. The tour is consistently one of the largest modern rock concerts of the summer in the U.S.  Past 311 tours have included an impressive array of opening acts. Bands such as No Doubt, Korn & Incubus all supported 311 on U.S. tours before they became headliners.Support acts on 311’s Unity Tour have included:  Sublime With Rome, The Offspring, Snoop Dogg, Slightly Stoopid, The Roots, Papa Roach, The Wailers, O.A.R., Matisyahu and Ziggy Marley.  311 has always stayed true to their own approach and their underlying message of unity and positivity. That message still rings true for them today…in their lyrics and at their celebratory live shows. Singer Nick Hexum typically ends each show with the words, “Stay Positive and Love Your Life.”  Every other year on March 11th (“3-11 Day”), 311 holds a special concert event that attracts thousands of 311 fans from around the world. The show includes an extended setlist (5 hours / 60+ songs) and state of the art production. Last time (March 2012), the band sold-out the Mandalay Bay Arena and tickets were sold to fans in all 50 U.S. states and 13 different countries. 311 fans traveled from around the globe to meet each other and to celebrate 311 Day together.

“I love the speakers! They work great and have a nice sound for such a compact package!” – Nick Hexum, Vocalist/Guitarist of 311

Equipment Used
By 311
Want To Become A Featured Artist?